The gastronomic aspect of the province of Namur

In the province of Namur, we are epicureans from generation to generation, as can be seen from the many restaurants recognised by gourmet guides, as well as the small, local eateries that flourish all over our territory. This is also a land of brewers and more recently, winemakers whose wines, appreciated by the critics, are now to be found in leading houses here and elsewhere.

Namur li glotte (‘gourmet' in Walloon) is well-named. From the famous strawberries of Wépion to the biétrumés of Namur (caramels), the flamiche of Dinant (cheese tart), the avisances (sausage in puff pastry), the foie gras of Upigny, the Dinant couque (biscuit), the ‘petits gris' (snails) of Warnant, the abbey beers (Brogne, Floreffe, Maredsous), Trappist beers (Rochefort) or beers from our own breweries (Bocq, Caracole, Fagnes, etc.), and so it goes on. 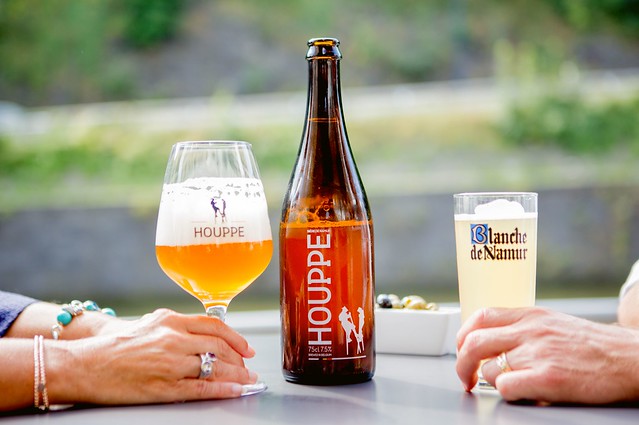 Established on the slopes of the Citadel, the hotel school and the Château de Namur, its training hotel-restaurant, have built up a reputation that extends far beyond our borders. Moreover, several of our chefs started out there, including Pierre Résimont (L'Eau Vive 2* - Profondeville), Alain Gilain (Hostellerie Gilain 1* - Dinant), Carl Gillain (L'Agathopède – Namur) and Ludovic Vanackere (L'Atelier de Bossimé – Loyers).

The province of Namur is certainly a destination to satisfy the most demanding of gourmets.

Your selection
No item