Cultural aspect of the province of Namur

Boasting a two-thousand year history, the province of Namur is home to countless jealously guarded cultural gems which it works to revive with countless festivals, exhibitions and other exciting events. A host of magnificent, even unusual sites that can be reserved for lavish private corporate events. Think about it! 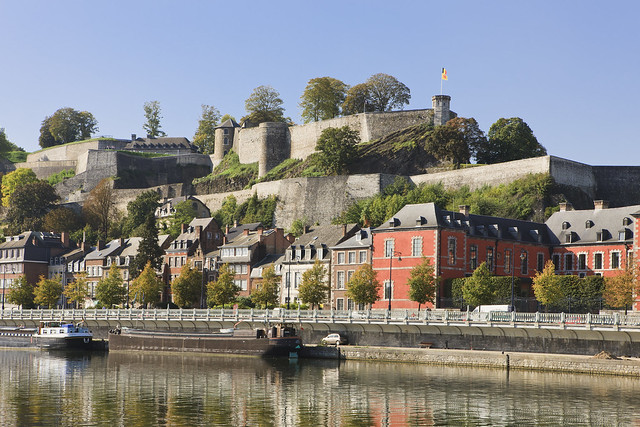 Thanks to its location at the heart of western Europe, over the centuries the province of Namur has been the scene of numerous invasions but also enriching encounters. Lovers of history, traditions and legends will be delighted with the fortified citadels of Namur and Dinant as well as the many castle, churches and abbeys dotted around our territory.

It is impossible to talk about culture in Namur without mentioning the Théâtre Royal, considered to be one of the most beautiful Italian-style theatres in Europe. The Groesbeek de Croix mansion, which houses the city's Museum of Decorative Arts, is also well worth seeing. These event venues, whether private or public, can often be booked for corporate events. Inquire or contact the Namur Congrès team!

The province of Namur has many museums covering a wide variety of themes, each one more remarkable than the last. To name but a few, there is the Félicien Rops provincial museum presenting the work of this renowned 19th-century painter and engraver from Namur – the TreM.a, the provincial museum of Ancient Arts of Namur which houses the treasure of Oignies, one of the ‘seven wonders of Belgium' – the Terra Nova visitors' centre in the Citadel of Namur – the strawberry museum in Wépion – the Espace Arthur Masson, presenting life in the rural Ardennes through the works of this author, and more.

Fascinating discoveries to be included in the programme for your next colloquium, between two work sessions.

Fancy some fun, high spirits and lively spectacles? You can count on the cheerful characters in our brotherhoods to amuse you! Folklore is well and truly at home in Namur. From May to October, the people of the Entre Sambre et Meuse region process in costumes dating from the Napoleonic period while in Namur, the Canaris battalion recalls the uprising of the Netherlands against the Austrians in 1789. The folklore also draws inspiration from local history, such as the Chinels (two-humped carnival figures) in Fosses-la-Ville or the Echasseurs (stilt walkers) in Namur.

As regards festivities, the streets of Namur have resounded to the rhythm of the Festivals of Wallonia every third weekend in September since 1923. Other events also contribute to the reputation of the province of Namur, including:

Your selection
No item